When human features, in a robot, or animation, look nothing like an actual human, we're not very accepting of them.  As they start to look more and more convincingly human, we become more and more accepting of them.  And then, when they look almost, but not quite, exactly human, our acceptance of them plunges, only recovering and reaching its peak once the facsimile achieves perfection.  Within the field of human aesthetics, that trough of rejection is known as the "uncanny valley".

Nalani has a similar response to food quality.  I call it the "bistro valley".  When food is not very good, Nalani doesn't like it.  As it gets better and better, Nalani likes it more and more.  And then, somewhere around "really good" but short of "ass-kickingly delicious", Nalani's enjoyment of the food plummets, only recovering on the other side once we're within view of Michelin Star territory.  When a meal lands squarely in the bistro valley it's as if all Nalani can see (or rather, taste) is the bar it just missed. 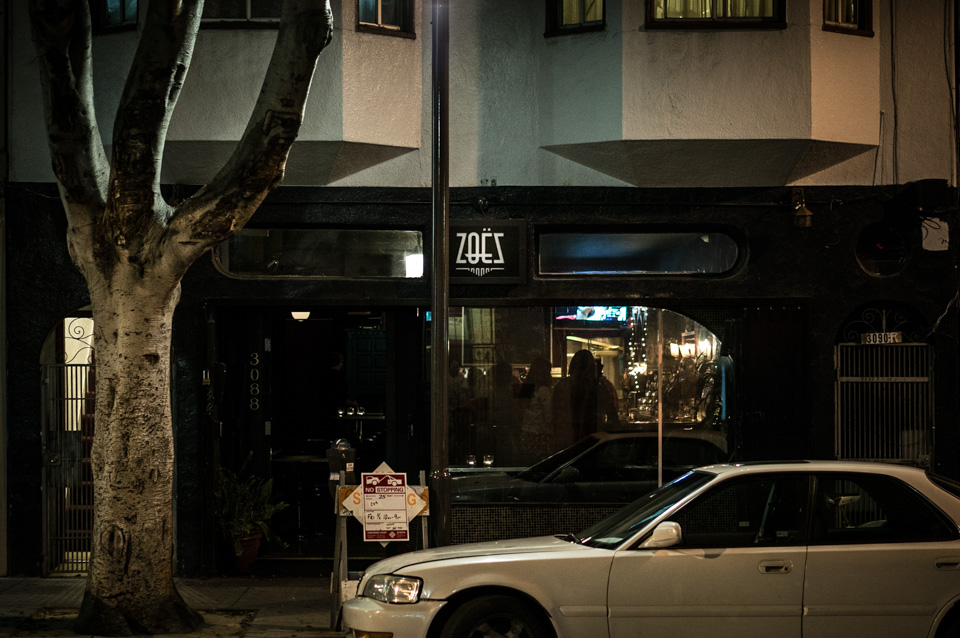 Zoe's rests at the bottom of the bistro valley.  Which is to say, the food was really good, and Nalani just thought it could have been so much better.  Personally I was delighted to be eating mussels in white wine sauce while sitting in what is essentially a dive bar.  Well, a San Francisco dive bar, which means it had lovely art deco interior design touches, and finely crafted boutique cocktails.  I mean, look at this array of house-made bitters: 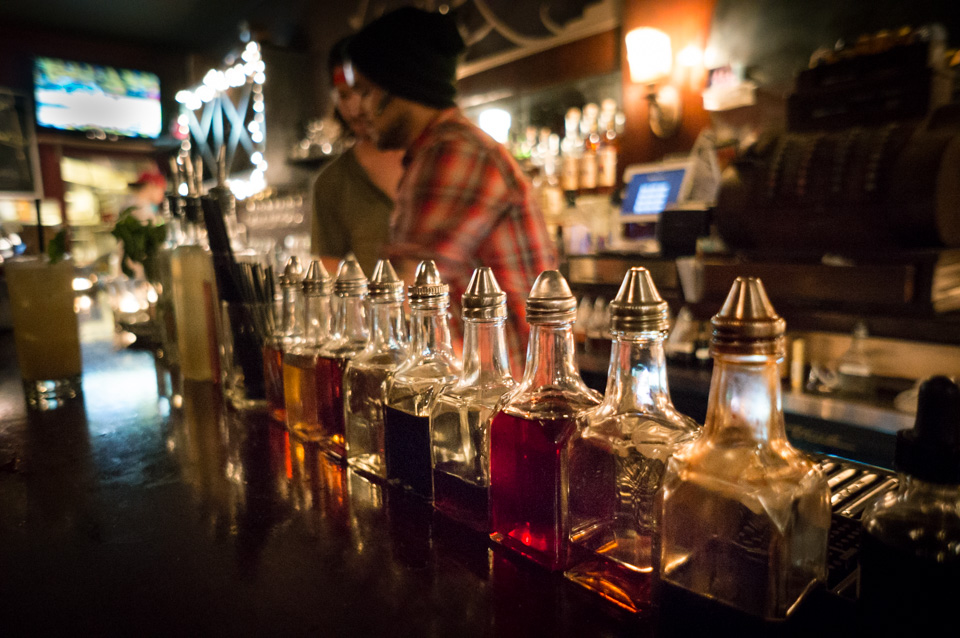 I got the fries with my mussels for an extra three bucks.  Nalani had the Bacon Sandwich, which was very good (but Nalani wants you to know it could have been much better with just a little effort!).  We also had some buffalo wings which were pretty fine. 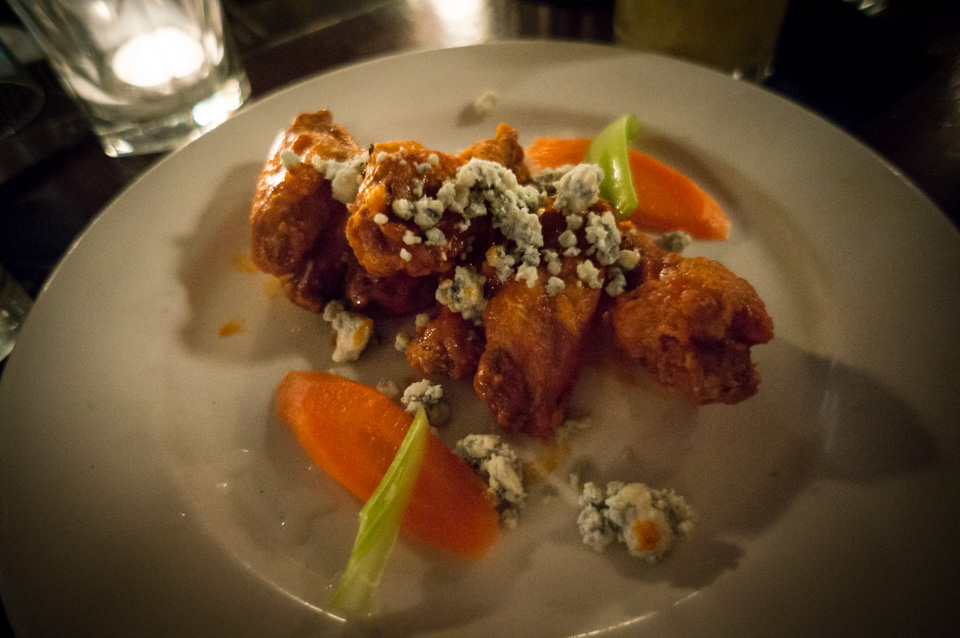 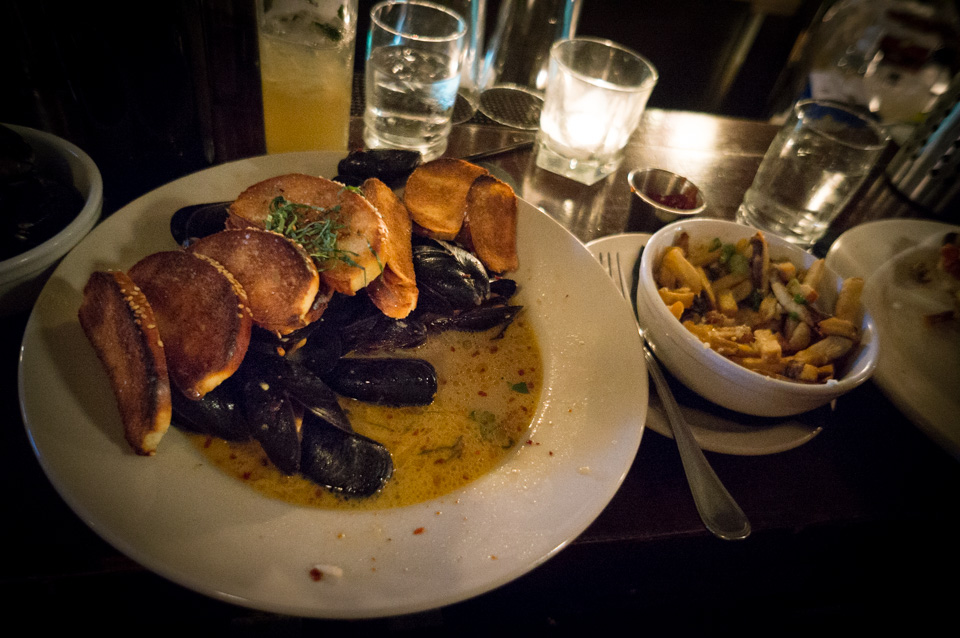 And our cocktails were delicious.  It was a warm night, positively sultry in fact, and I wanted something refreshing, so I got the Vermont Mule (like a Moscow Mule, but with bourbon instead of vodka).  But the cocktail menu is full of intriguing possibilities which I'm looking  forward to sampling.  How about an El Mariachi (mezcal, yellow chartreuse, cointreau, lemon juice, orange bitters) or a Trouble and Strife (gin, ginger syrup, lemon, lime, egg, orange peel, orchid - wait... orchid?). 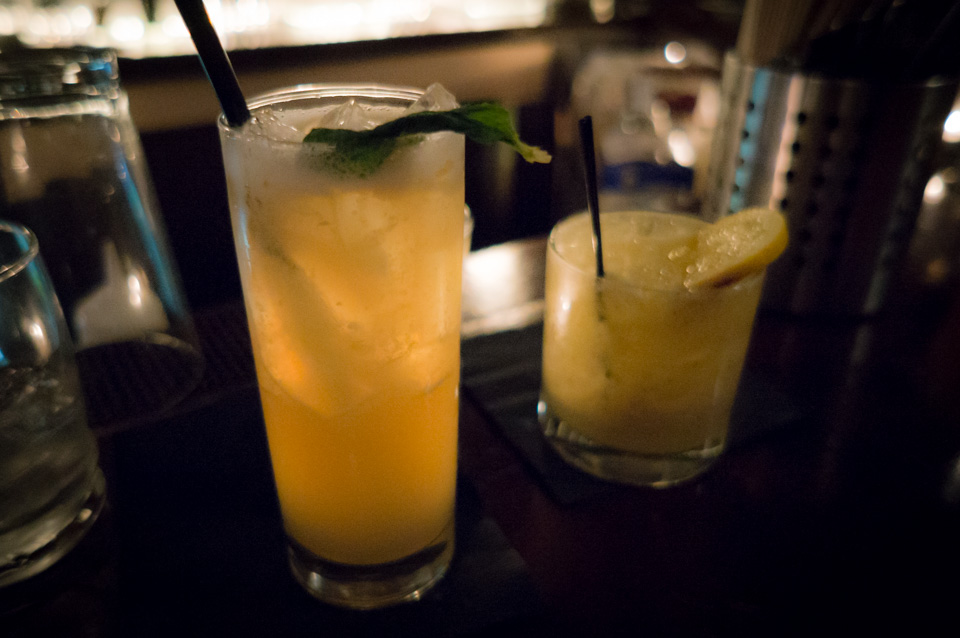 Plus it's walking distance to us, and was just a really comfortable place with a nice vibe. 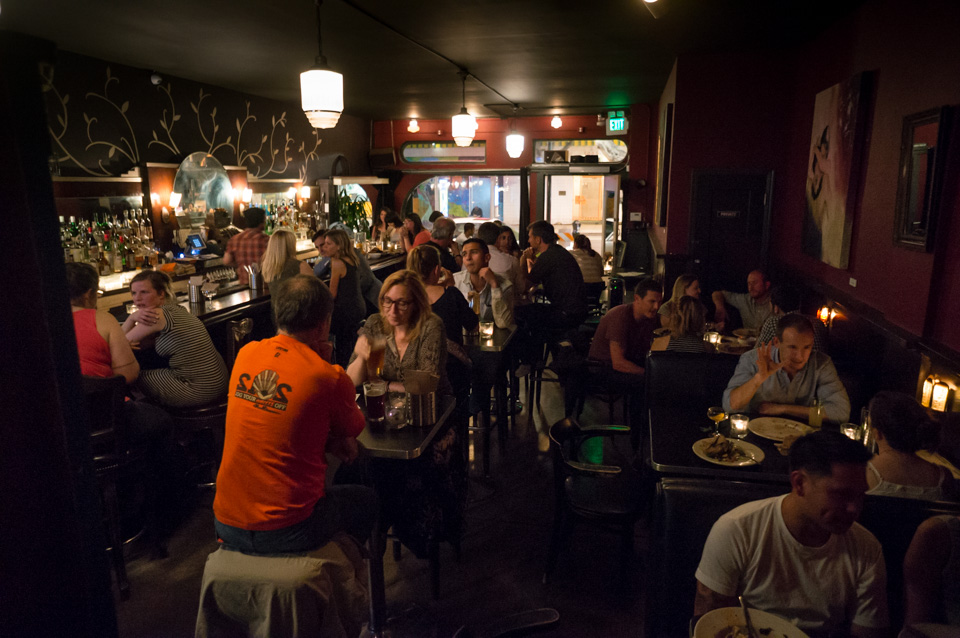 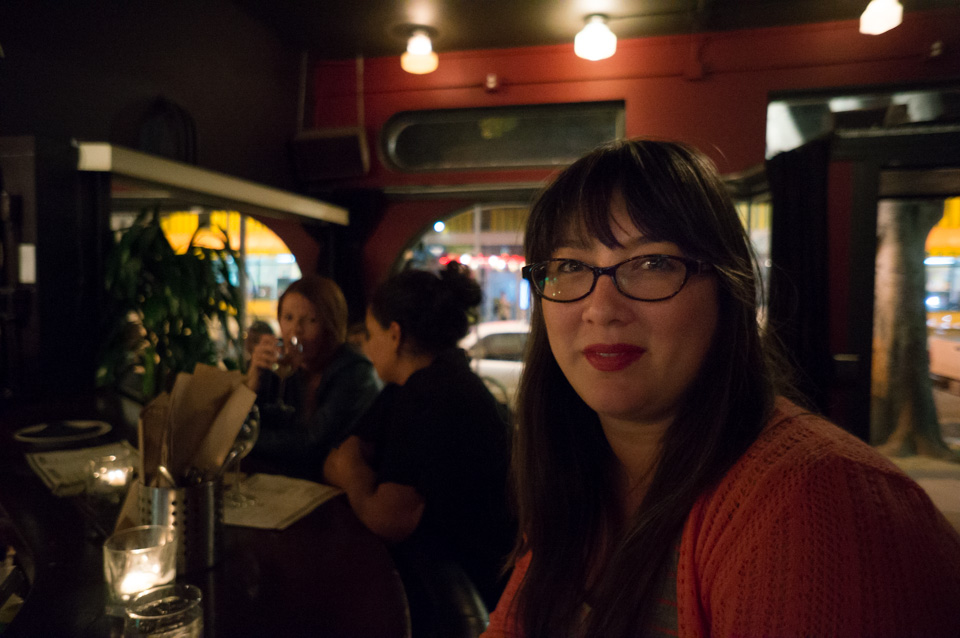 What can I say.  There's a Pugilist (Irish whiskey, scotch, lemon, orgeat, egg, black walnut bitters) with my name on it.

Posted by Benjamin Warde at 12:05 AM No comments: