Breakfast used to be my favorite meal out, but Nalani is more of a dinner girl.  Plus our east-facing deck overlooking San Francisco Bay makes for such a nice, sun-warmed breakfast spot.  None the less, we do go out for breakfast on the weekend not infrequently, and when we do, we usually end up at Serpentine, which has been our untoppled favorite for a while now.  So, can Griddle Fresh in Noe Valley mix things up for us? 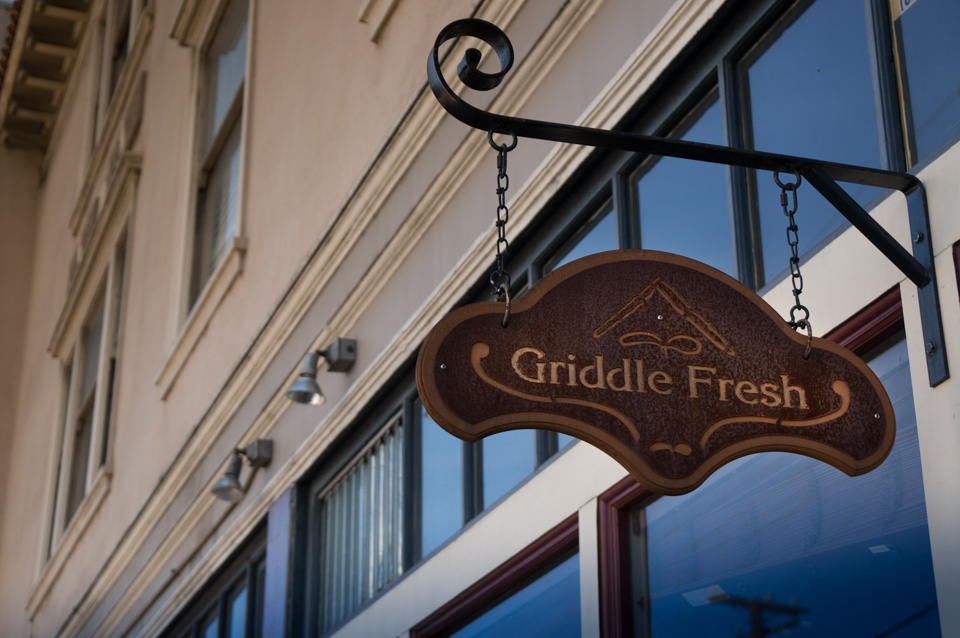 The service was competent, though not exactly what I'd call warm, and the ambiance was unremarkable, mixed with just a touch of self consciously quirky. 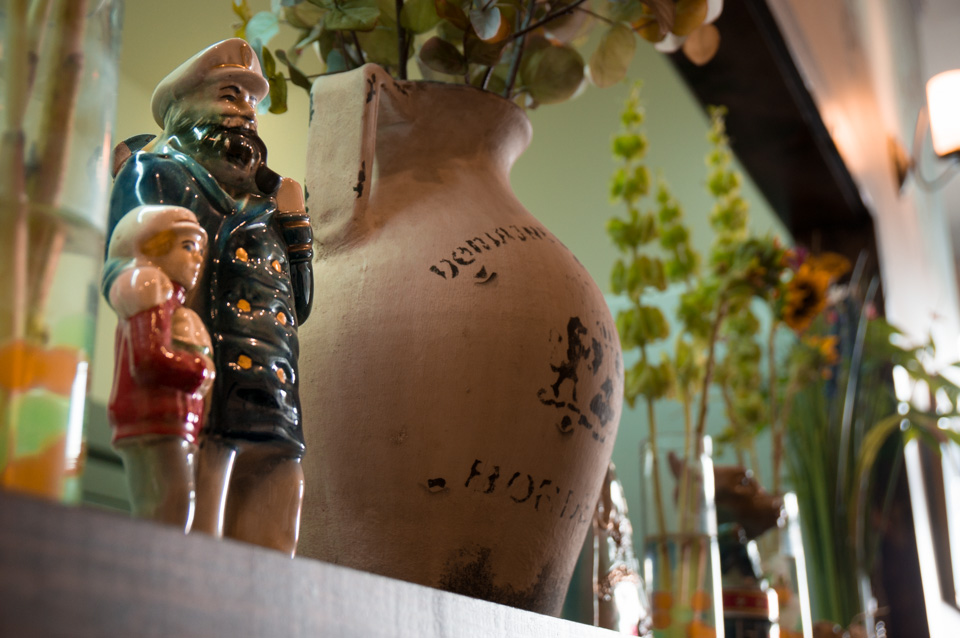 But the food.  The food was so very good.  Nalani got the Spicy Pop Pulled Pork Scramble, which was great, though she wished it came with BBQ sauce.  As did I, though to be honest, I wish pretty much everything came with BBQ sauce.  I got the Sea Board Benedict, which was excellent.  The crab and the shrimp were very salty, too salty really, but they were also really fresh and flavorful.  The eggs were perfectly done, and the hollandaise sauce was dolloped on in just the right amount.  Nalani and I both really liked how the hash browns were super flat and crispy, and how the english muffins had been done on the grill. 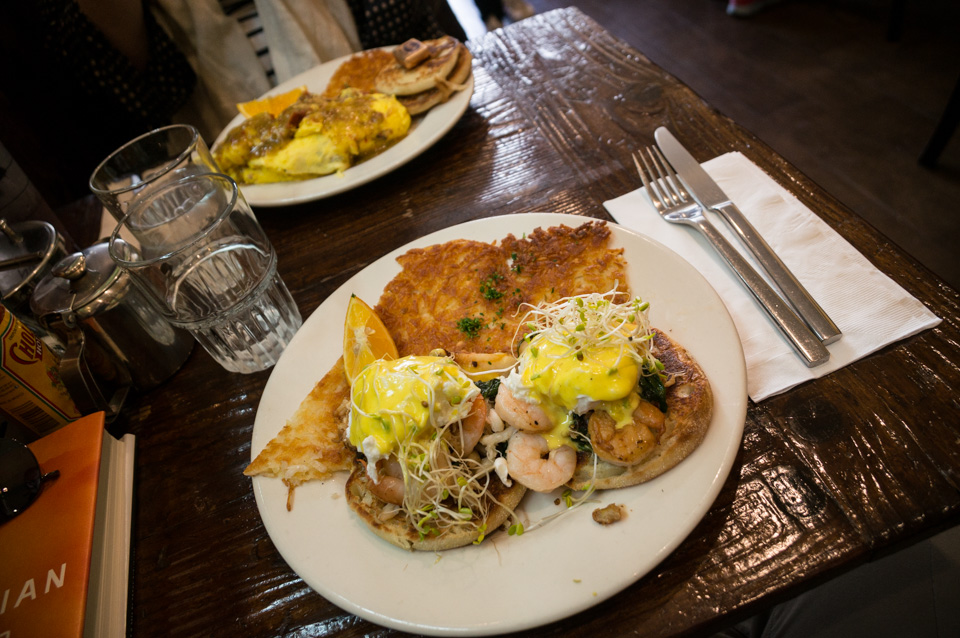 But forget all that.  What we really need to talk about are the pancakes.  They have a couple varieties, but we got the Lemon Ricotta Souffle Pancake.  On the outside they look like regular pancakes, but on the inside they're filled with puréed unicorn, or something.  They were divine. 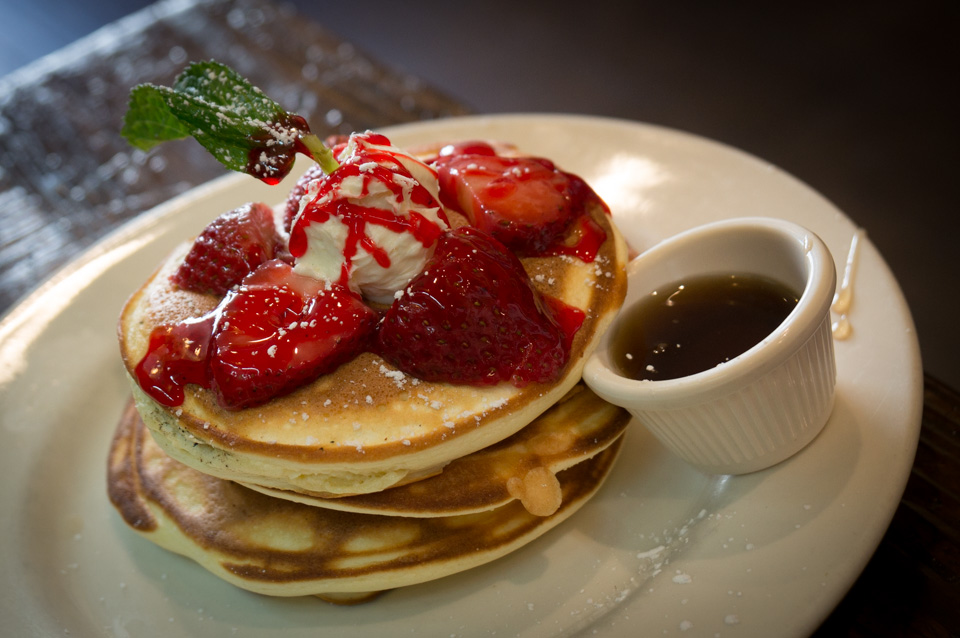 It hasn't knocked Serpentine from the top spot, but we'd go back just to try the other pancake variety, the Banana Mascarpone Souffle Pancake.

Posted by Benjamin Warde at 4:13 PM