Two words: "Neighborhood Night".  Every Monday night, Goat Hill Pizza serves all-you-can-eat pizza and salad for twelve dollars.  Seven bucks if you're between the ages of 5 and 12.  The appeal of this, for us, was not so much that we could stuff our faces until we hurled, but rather that it offered the opportunity to try a slice of every pizza on the menu. 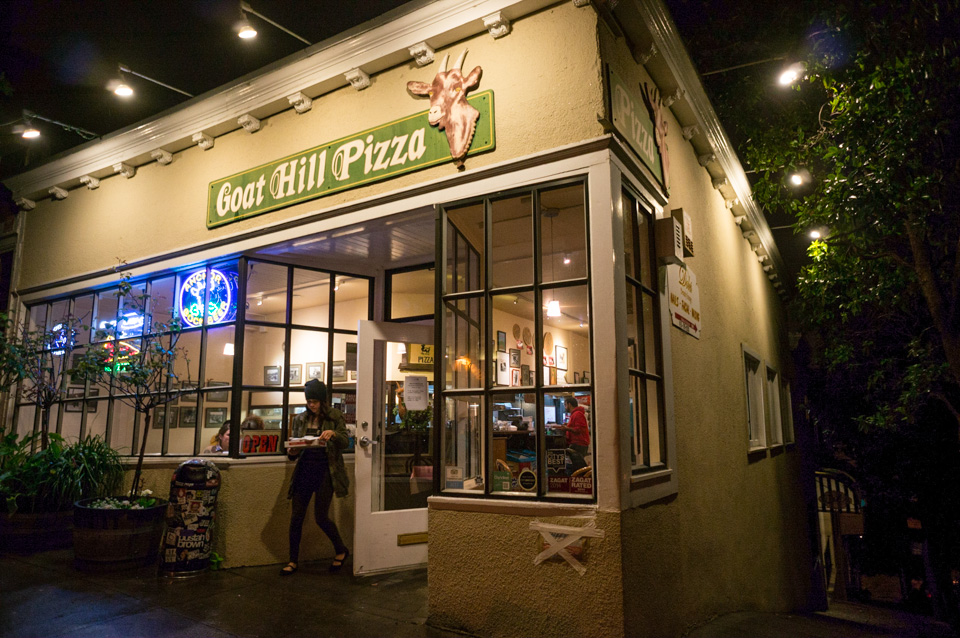 We went to their Potrero Hill location (you can also find them in SOMA and West Portal) and it has a wonderful, neighborhood-y, family-friendly feel.  We got the best seat in the house, looking out at a rainy, Bladerunner-esque San Francisco skyline. 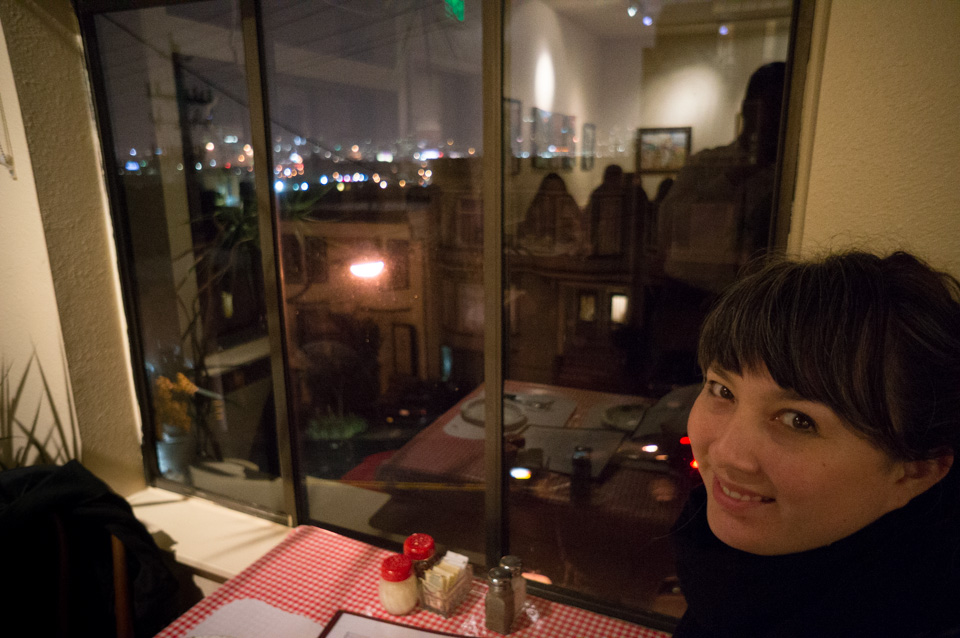 The salad bar is self-serve, but the pizza, fresh from the oven, is proffered on trays by roving waitstaff.  They come by your table, tell you what they have, and you say yea or nay, and then someone else comes by a minute later with yet more options.  Oh, and the staff is ridiculously friendly.  Seriously, there was one guy in particular we just wanted to box up and take home with us.


In fact, the only flaw in this pizza paradise is the food.  It certainly wasn't bad, but the salad bar was perfunctory, and the pizza, for the most part, was merely average.  Nalani thought that most of the pizza was too garlicky, though I didn't have that problem myself.  In fact, the roasted garlic and goat cheese pizza was perhaps my favorite.  We both agreed that the salami pizza was damn fine.

If we lived in the neighborhood and had kids, we'd probably be down there every Monday night.  It's hard to beat the comfortable feel and the value for money.  But we don't, and don't, so we probably won't be back any time soon.  To be honest, we don't actually feel like having pizza that often, and when we do, we usually want someone to bring it to us at home.

Posted by Benjamin Warde at 8:00 PM