Various sources online alternately refer to Paprika as German, Hungarian, or Czech.  The term "gastropub" appears more than once.  The restaurant's own Facebook page calls it "Modern European".  I call it "mighty good". 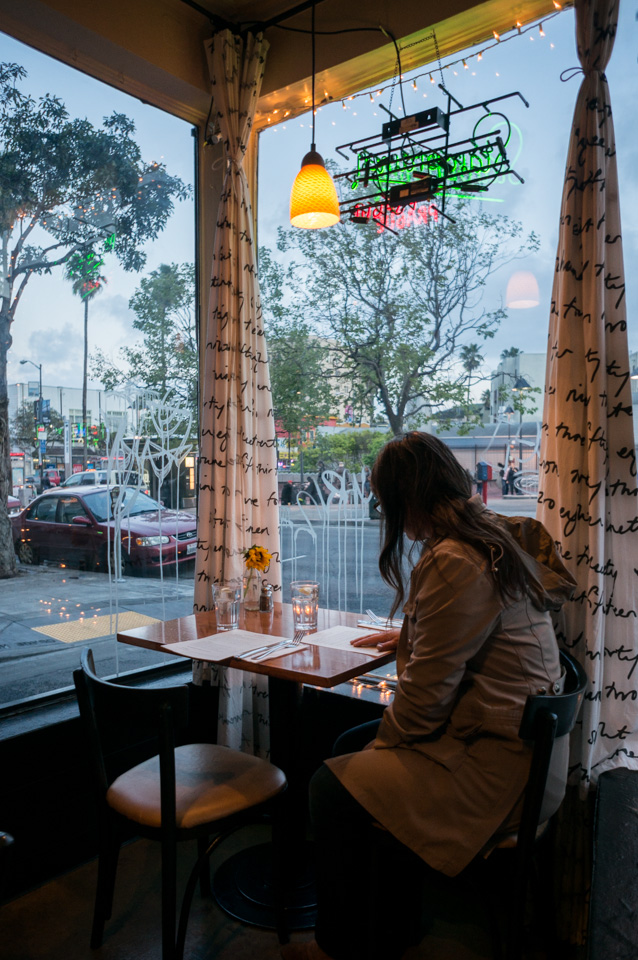 We got a cute little corner table which was lovely and romantic, despite the fact that some jackhole had tagged the windows.  That's what you get for having your restaurant on Mission and 24th.  The service was so, so friendly, and the food was really good, and especially comforting on a cool San Francisco night.  Nalani had the Szeged Goulash which she described as, "my favorite, tangy, sour, rich, and awesome."  I ordered the Chicken Paprikash, solely because of that line in When Harry Met Sally, "Waiter, there is too much pepper in my paprikash."  There was not, however, too much pepper in my paprikash, it was perfect. 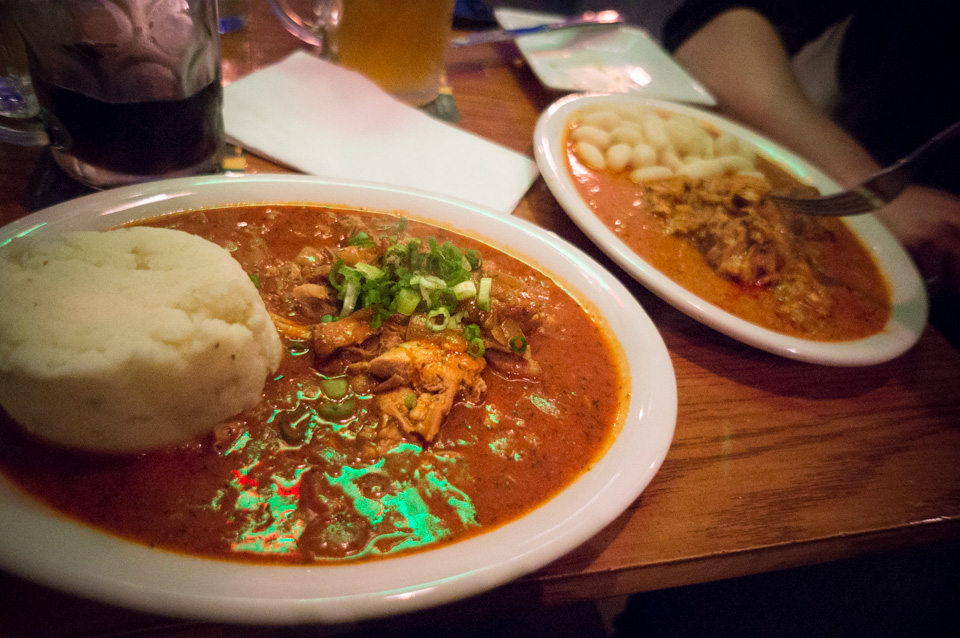 We also ordered a small plate to start, your choice of gourmet sausage.  We had the delicious German Spice Sausage.  I think we could happily make a meal of just the sausage plates. 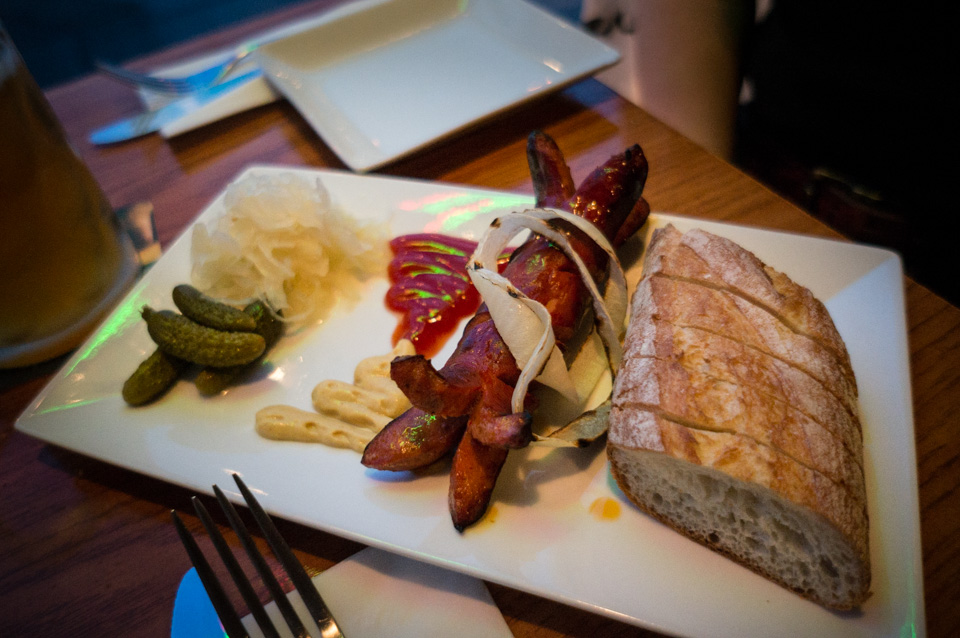 And then there's the beer.  Ah, beer.  Nalani had the Weihenstephan Hefe, which claims to be from a brewery first licensed in 1040, making it the oldest working brewery in the world.  Antiquity aside, the beer I got was our favorite, the Krusovice Dark, surprisingly light and refreshing for a dark beer, with no bitterness. 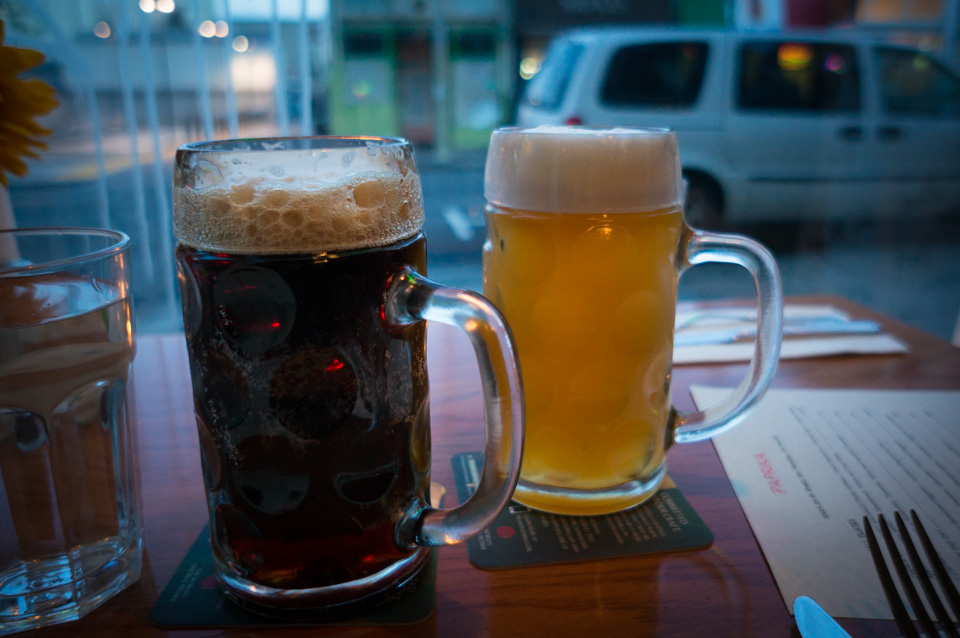 If I hadn't had to work the next day, I'd have had another.  Did I mention that the place is cozy, and the service is crazy friendly?  All in all, we were sad to leave. 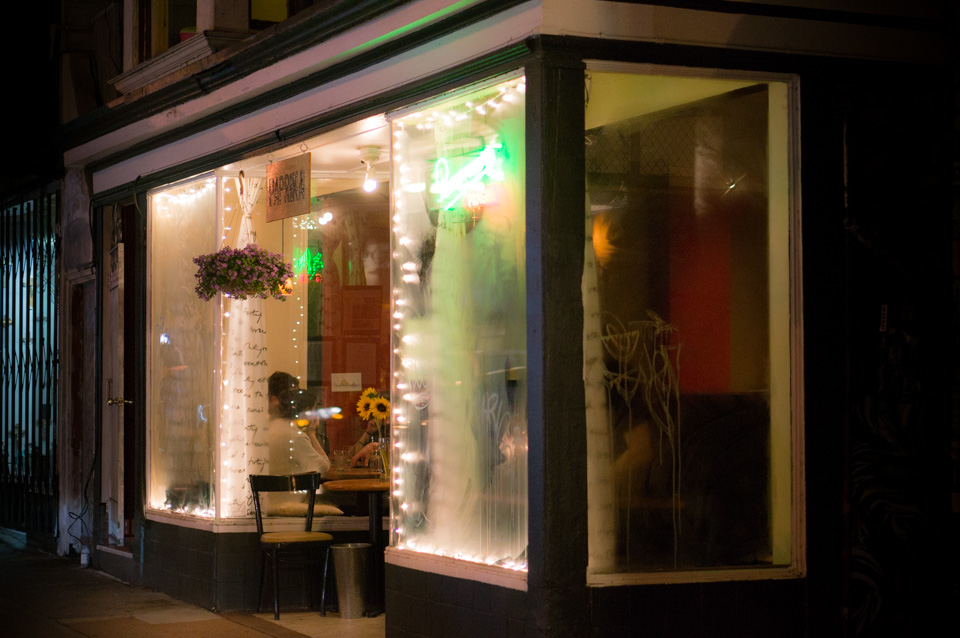 Absolutely.  We'd go out of our way for this place, and happily, we don't have to, one 10 minute bus ride takes us door to door.

Posted by Benjamin Warde at 7:04 PM