Many years ago I house-sat for my parents in Saint Paul while they were living in Italy for a year.  A few blocks from their house was a Middle Eastern restaurant called Mim's Cafe.  Not everything at Mim's was good, but the Shawarma was out of this world.  At least once a week for that year, I got take-out from Mim's (alternating the Shawarma with the Chicken Muraf, which was also stellar) and I've been looking for the equal of that Shawarma ever since. 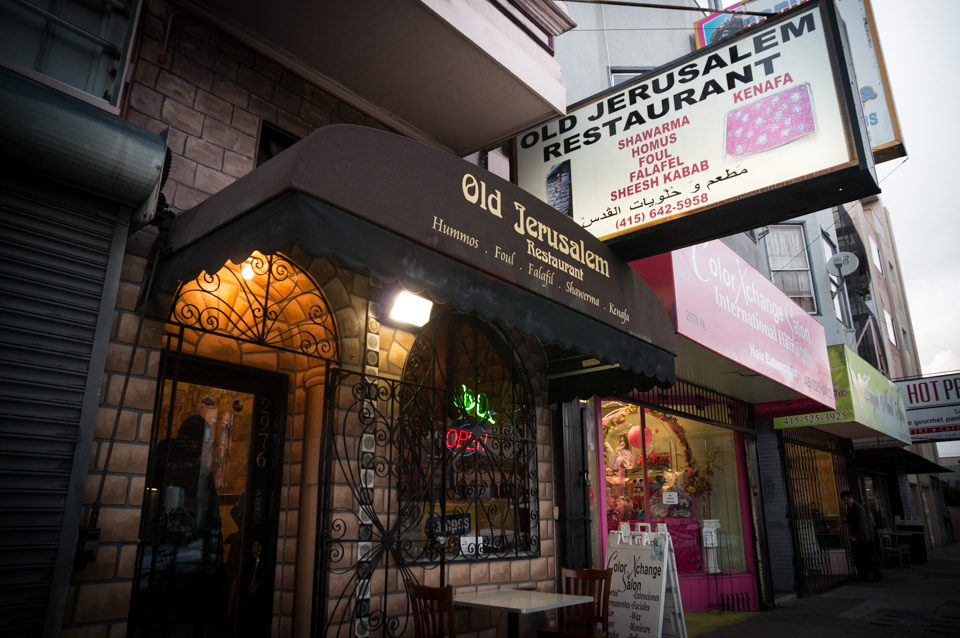 Tonight we went to Old Jerusalem Restaurant on Mission and 26th.  I regret to report that my Shawarma quest is still ongoing.  The Shawarma (I got the lamb version) at Old Jerusalem was dry and uninspired.  But the Shish Taouk (grilled chicken) was delicious, and Nalani declared her Stuffed Falafel appetizer to be the best falafel she's ever had. 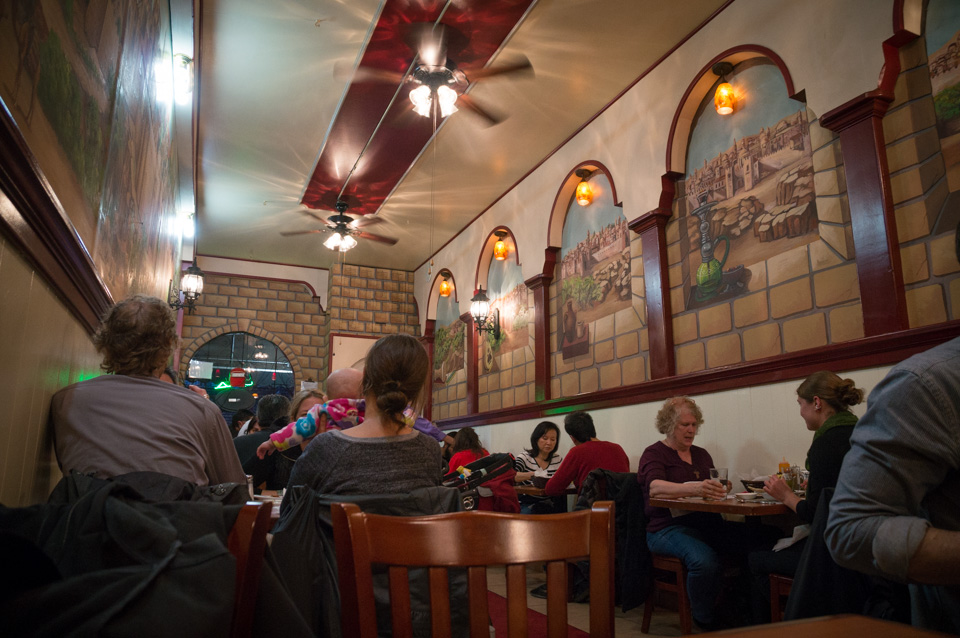 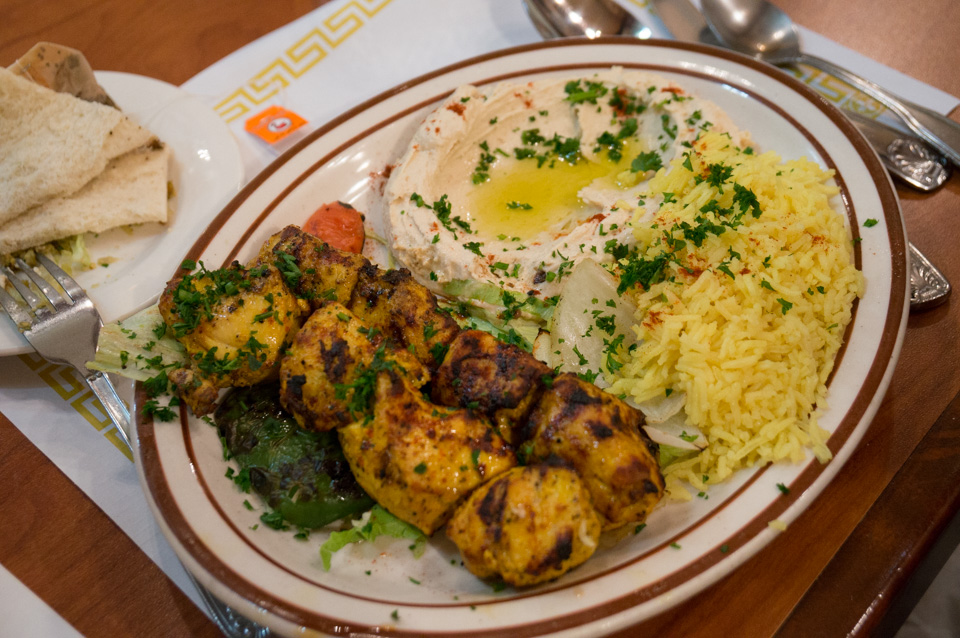 Also in the plus column was the mint tea (containing large sprigs of sparkling fresh mint) and the assortment of dips, olives, and mysterious pink things that tasted like horse radish. 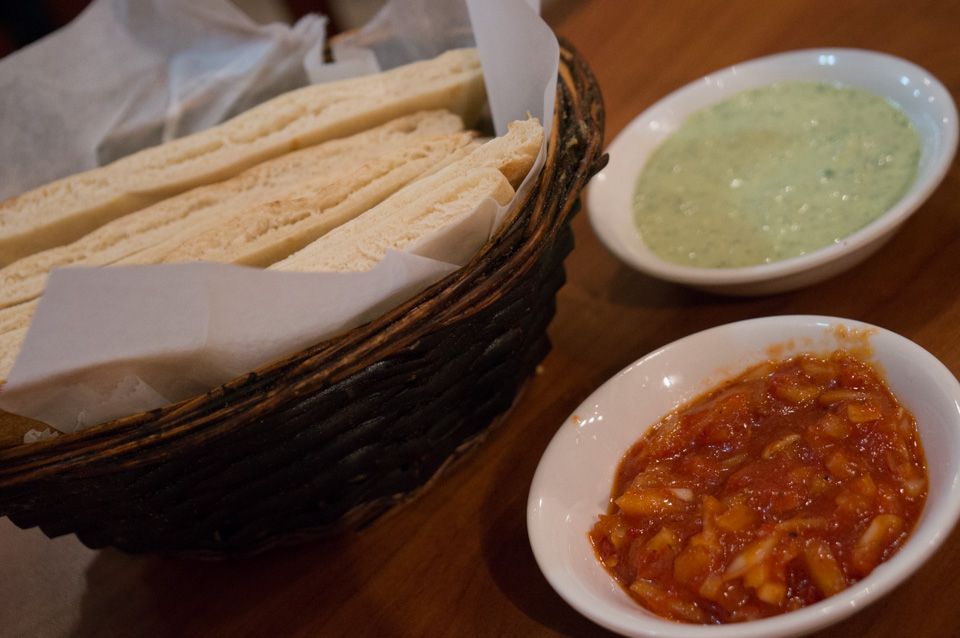 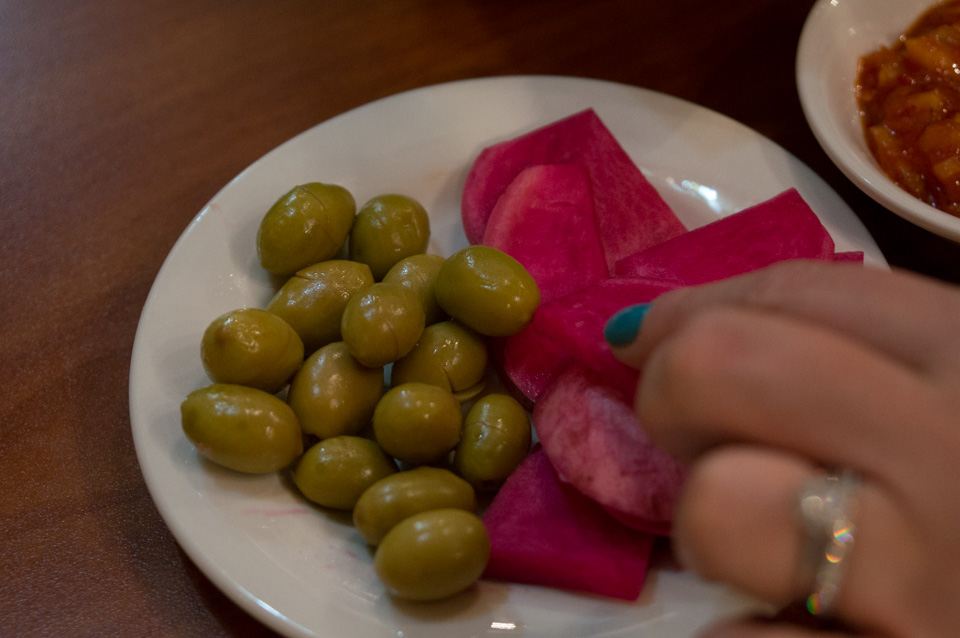 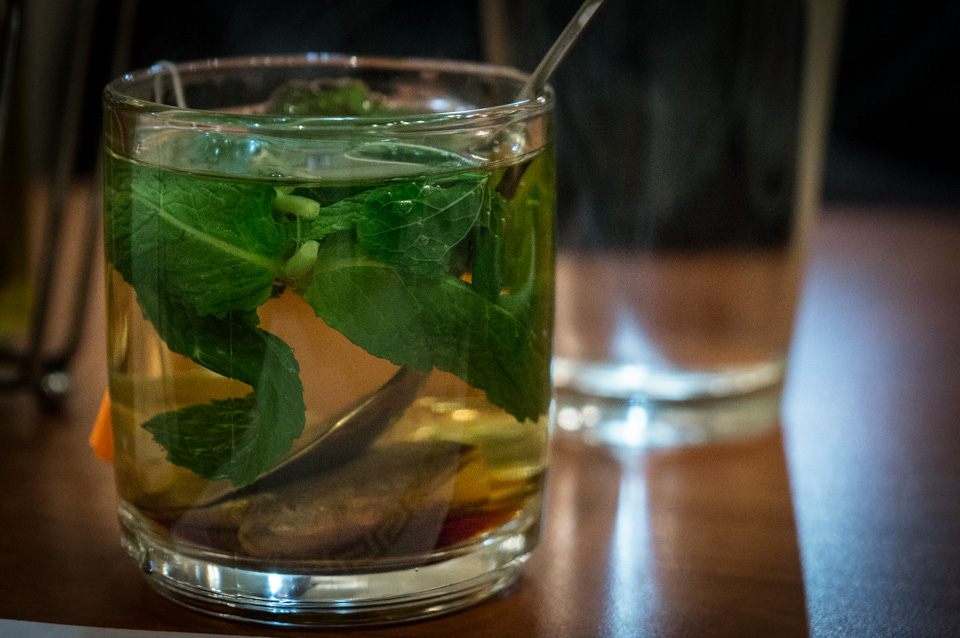 Speaking of the mint tea, they forgot to charge us for it, and when I pointed that out, they said, "On the house."

Based on the chicken and falafel, Nalani believes that this place has tremendous potential if you order right.  And everyone does need a Middle Eastern place in their repertoire.  But there's another well-reviewed Middle Eastern place a bit closer to us, so I'm going to have to check it out before I render a judgement.

Posted by Benjamin Warde at 7:00 PM