My dad took us here last weekend, it had been recommended by a friend of his.  Tadich Grill, as it turns out, is something of an institution.  It has an old school feel when you walk in - bustling waiters (all men, and all wearing what I can only describe as lab coats), wood paneling, a feeling of history lending it a certain unassuming elegance. 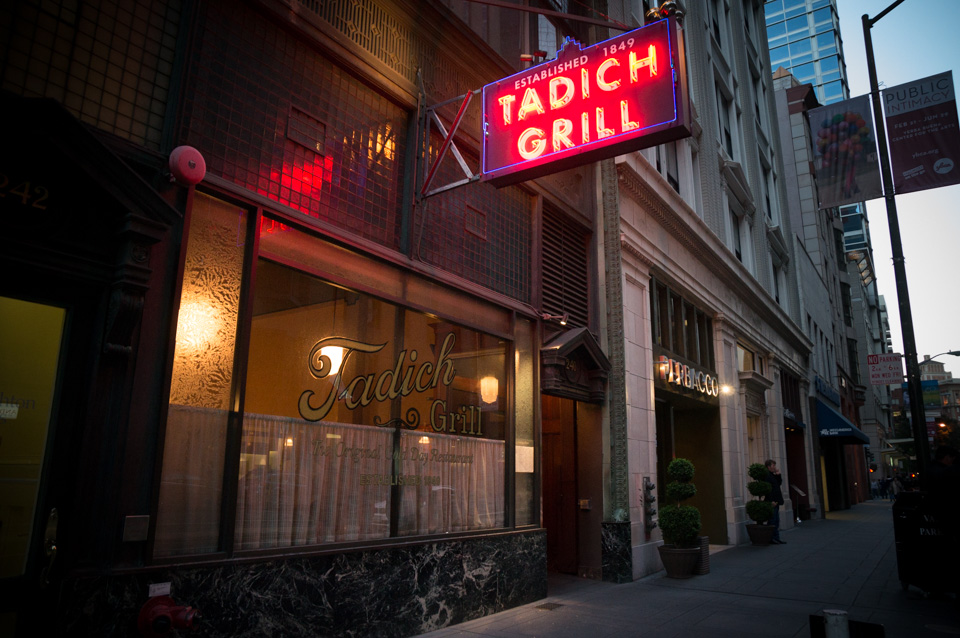 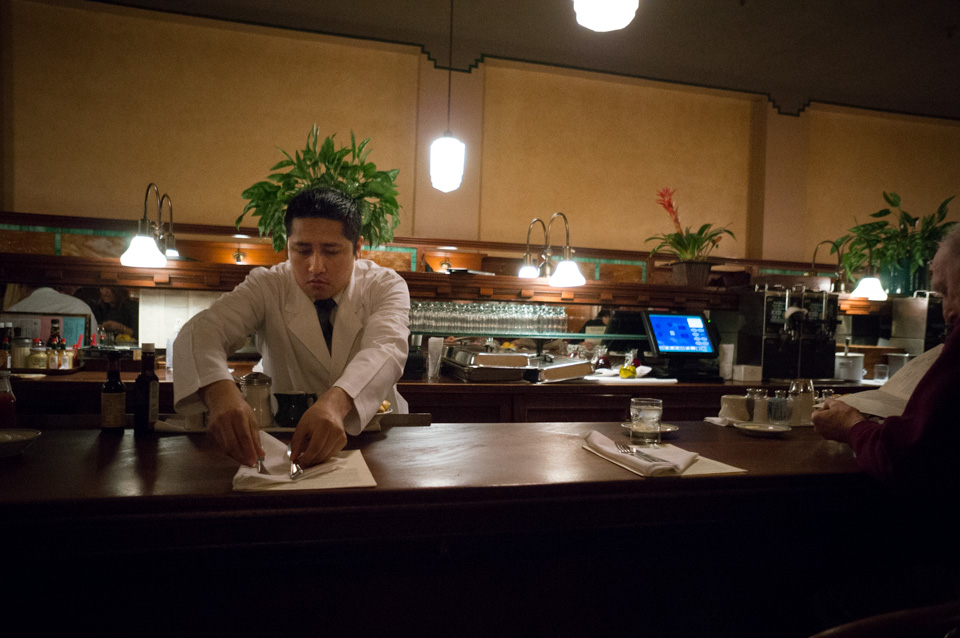 Actually, "something of an institution" might be and understatement.  The restaurant was established in 1849 (before California was a state) and, according to their website, is believed to be the third oldest continuously run restaurant in America.  (Not to be confused with the Old Clam House, which claims to be the oldest restaurant in San Francisco which has been operating continuously at the same location.  A location which, incidentally, we can see from our house.) 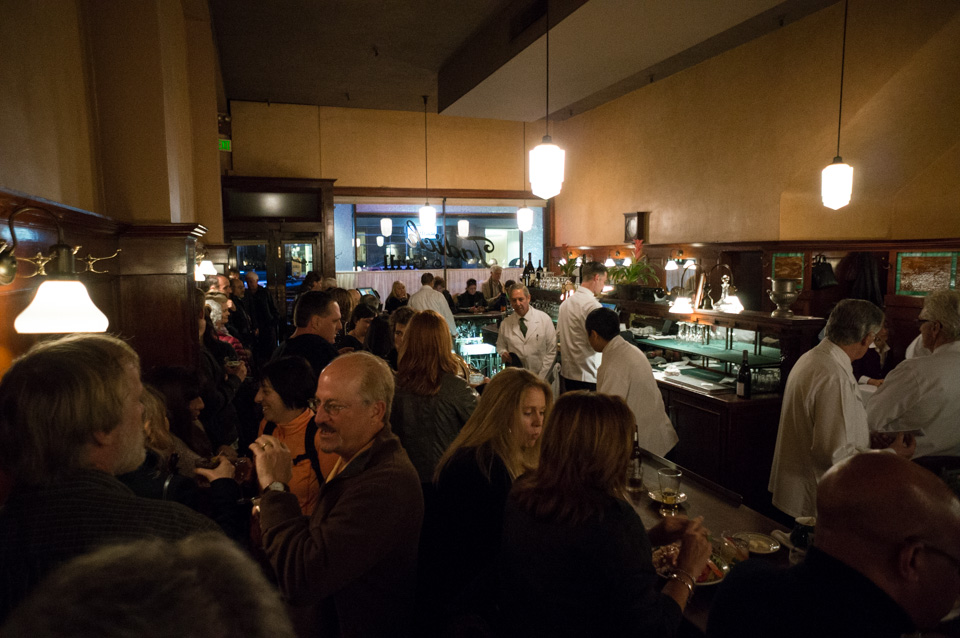 It would be a great place to take out of town guests, but maybe for a very early dinner.  Tadich Grill does not accept reservations, so if you show up wanting a table at a regular dinner hour on a Saturday, be prepared to wait.  You could probably be seated pretty quickly if you wanted to sit at the long bar, but that doesn't work very well with more than two people.  We eventually got a table, hidden off in a little alcove, it was really wonderfully cozy. 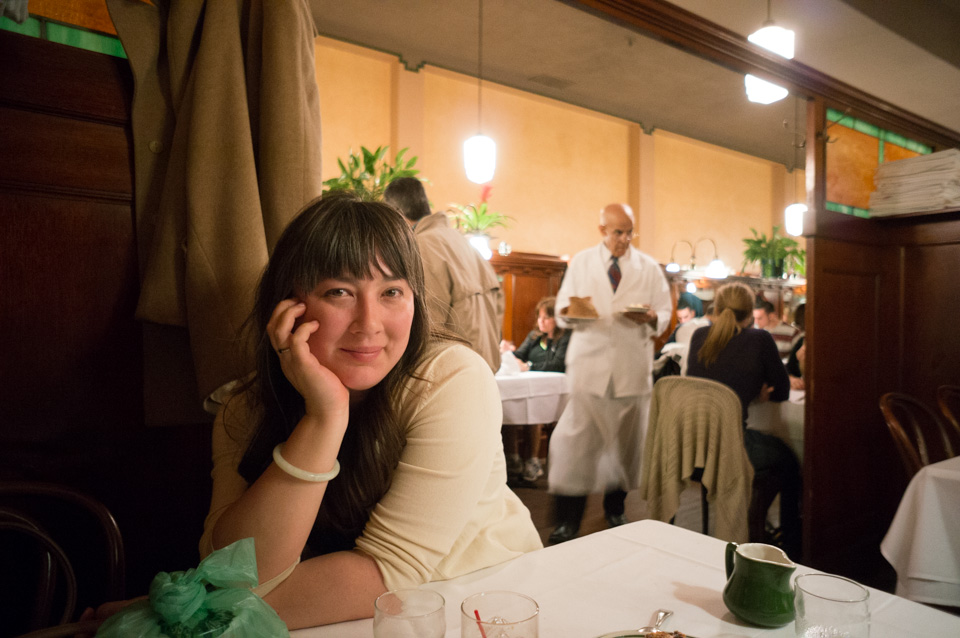 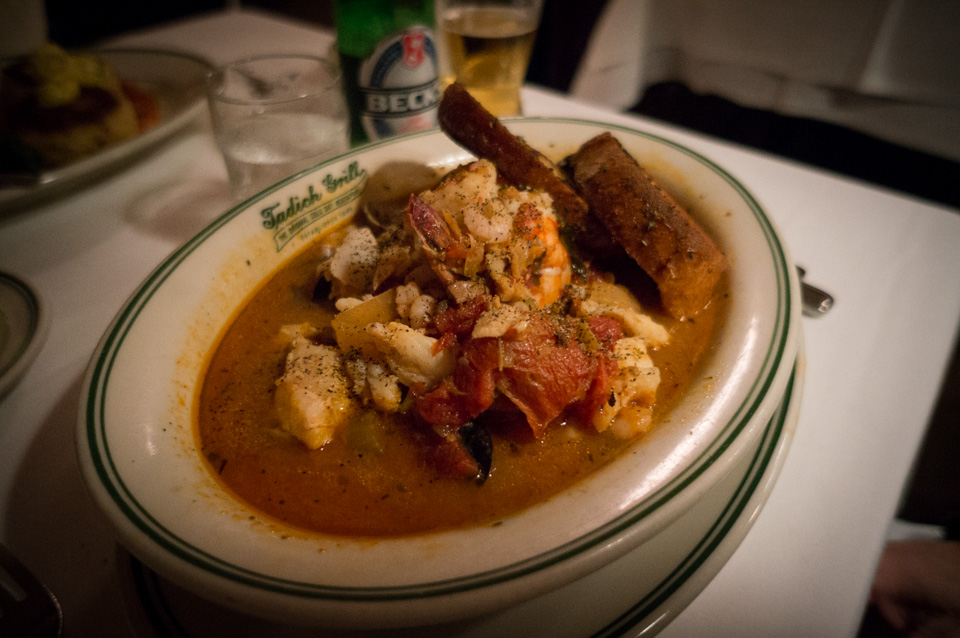 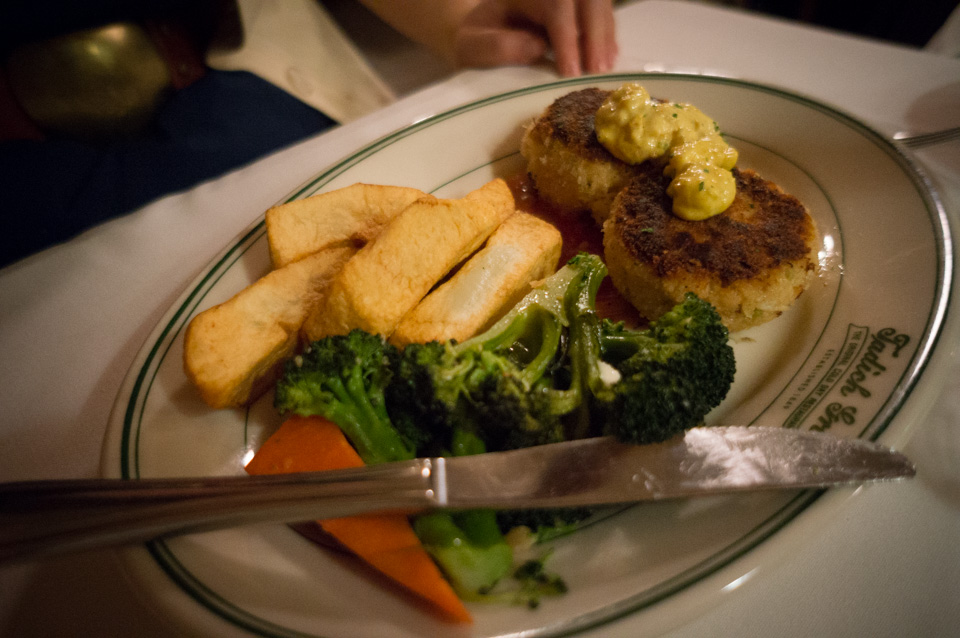 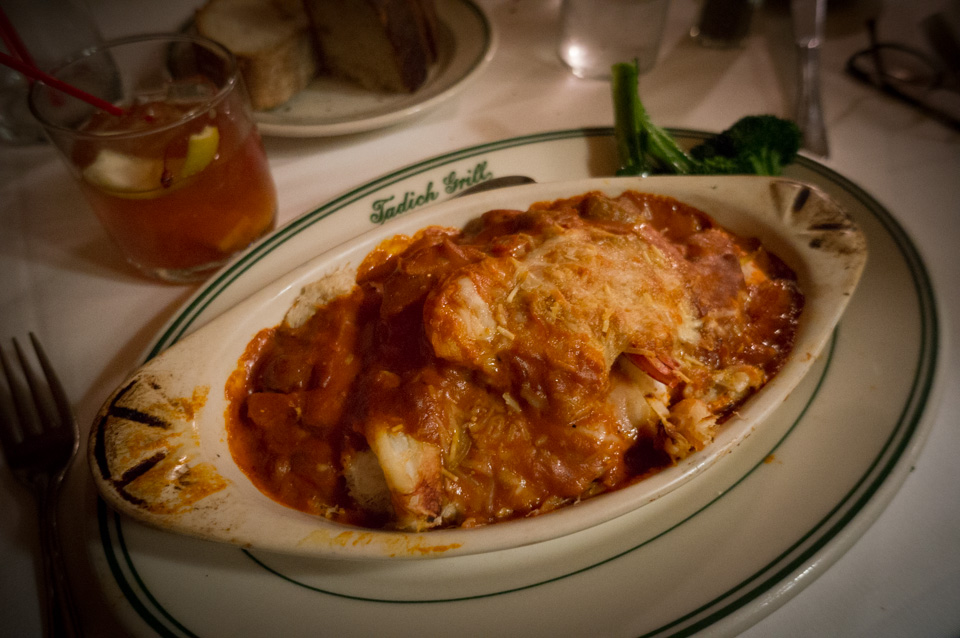 We ordered the rice pudding for dessert.  The Tadich Grill take on rice pudding could perhaps at best be called "unconventional".  Between the three of us we ate about half of one order.  Next time I'll skip dessert.


With out of town friends who like seafood and don't mind a wait, yes.  Just the two of us, if we happened to find ourselves downtown on a weeknight, yes.

Posted by Benjamin Warde at 8:23 PM