Sometimes Nalani wakes up on a weekend morning and demands dim sum.  This usually results in a drive down the peninsula, but today we went to Dumpling Kitchen in the Outer Sunset.  To be clear, Dumpling Kitchen is not a dim sum place, but it does fill a similar place in the heart, and stomach. 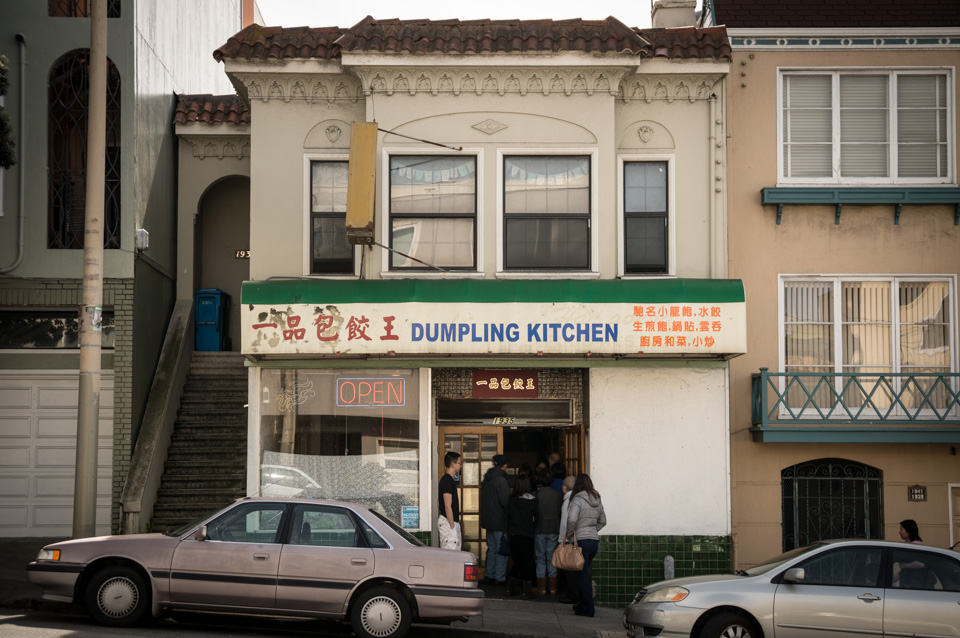 There was a short wait, and then they sat us at a communal table.  We thought the communal table was kind of cool.  Nothing improves the Shanghai dumpling experience like having a couple Chinese ladies at your table. 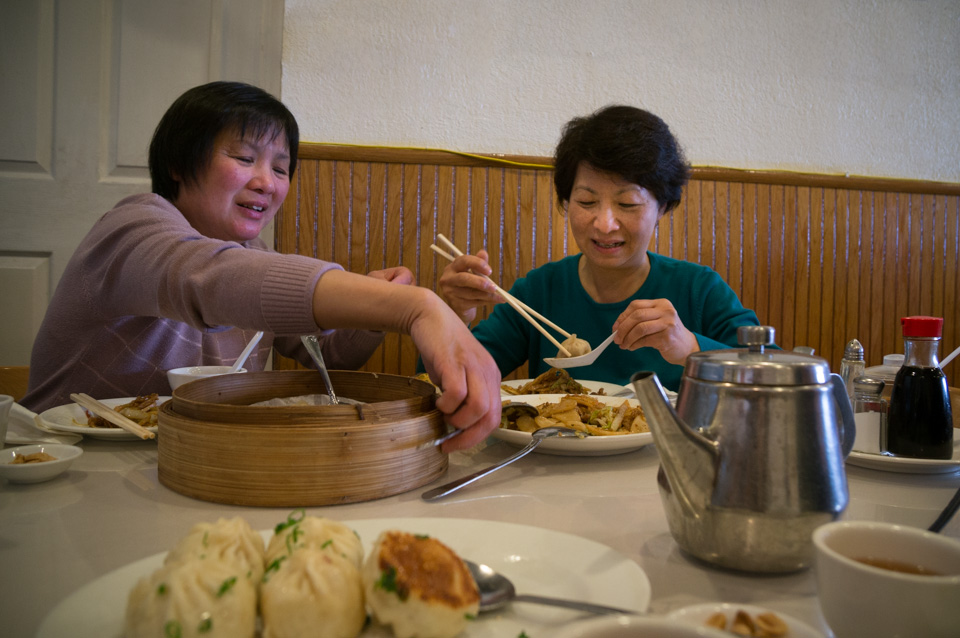 Since every single order contains about a million dumplings, it's basically impossible not to over-order.  So, come with a lot of people, or do what we did, and take home three meal's worth of leftovers. 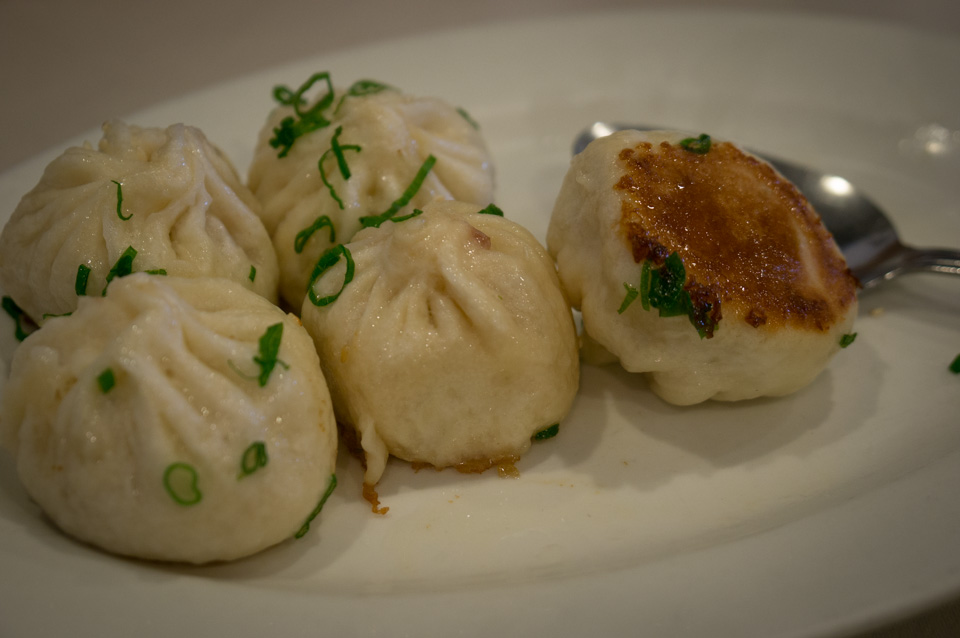 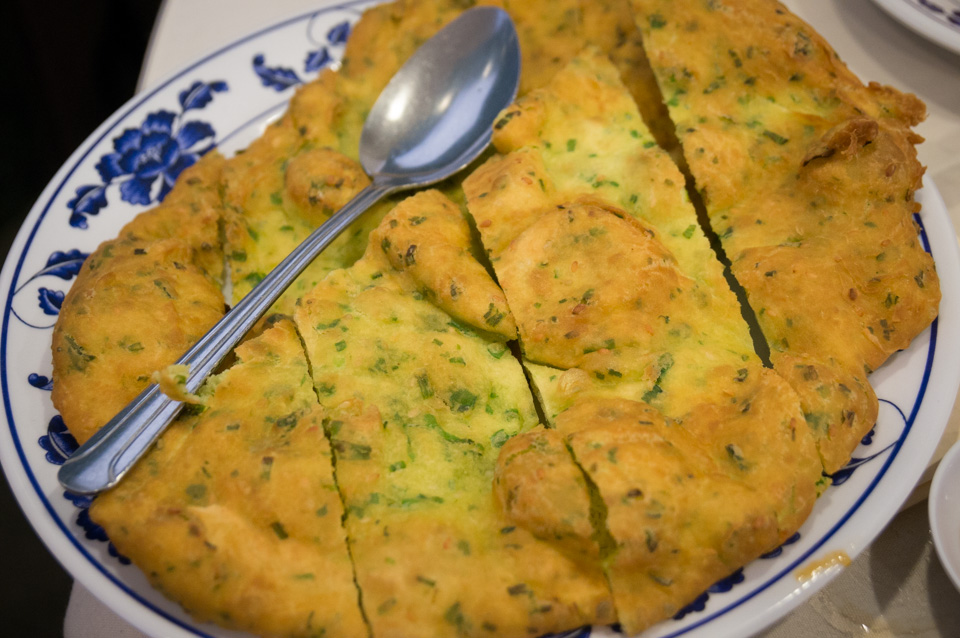 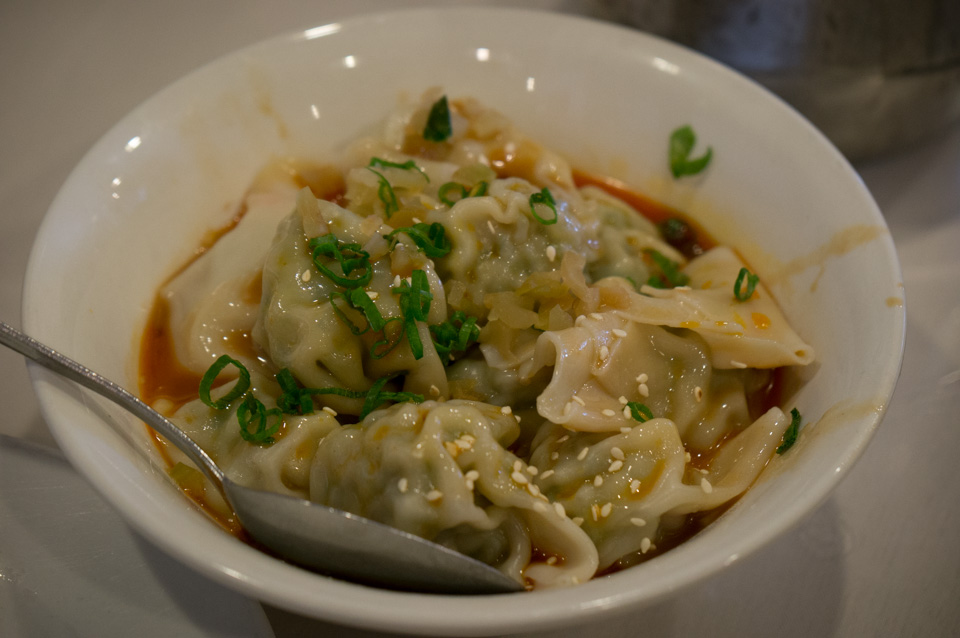 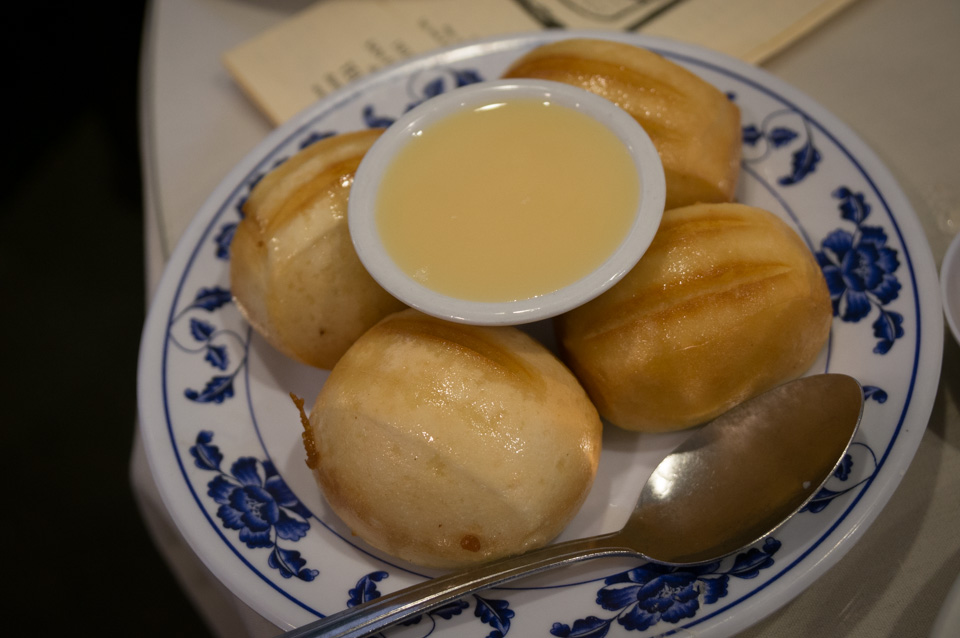 We thought the Shanghai style steamed pork dumplings were awesome.  We also really liked the wontons in chili oil, and the green onion pancake.  The Beijing style sweet buns were just greasy bread served with sweetened condensed milk.  Which, now that I describe it, sounds like it could be really good if you were in the right mood, but we didn't much like it at the time.  Overall, we thought the food was great.  The ambiance I believe could be described as "unpretentious". 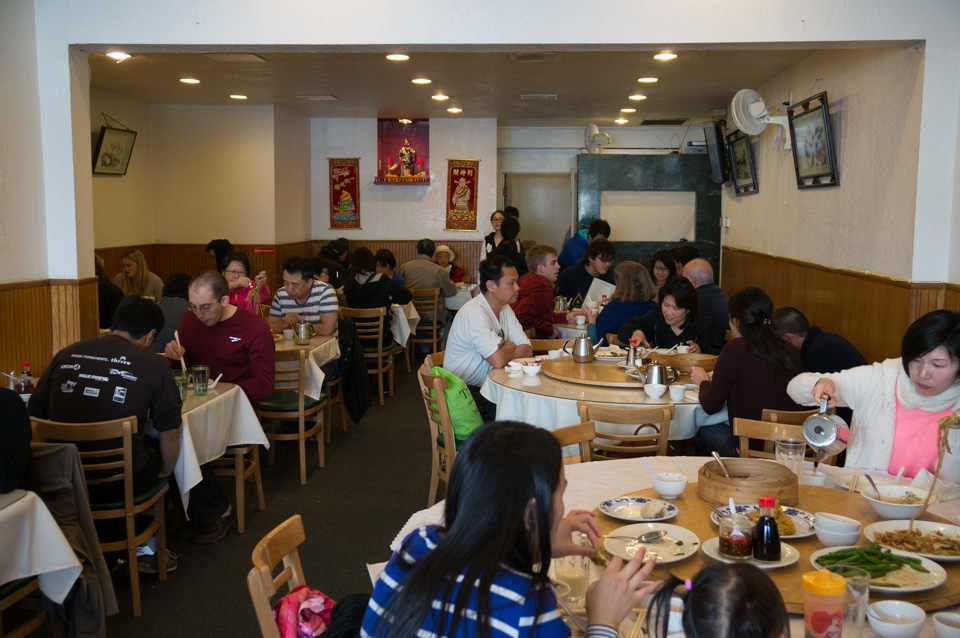 
Yes.  It was delicious, it's a nice quick motorcycle ride from our place, and it was the cheapest place we've been to so far this year, by quite a bit.  And, you know, when the Sunday morning craving for something dim sum-esque hits, well heck... I wouldn't even feel obligated to shower before going here.

Posted by Benjamin Warde at 8:11 PM