(A small technical note: some of our vast hoard of readers have reported that they have been unable to leave comments on the blog.  I believe I have fixed that problem, so please try again.)

They didn't name it Local Mission Eatery because it's close to us.  They named it that because all of their ingredients, all of their food and drink, is grown, raised, and produced in California.  So that's cool. 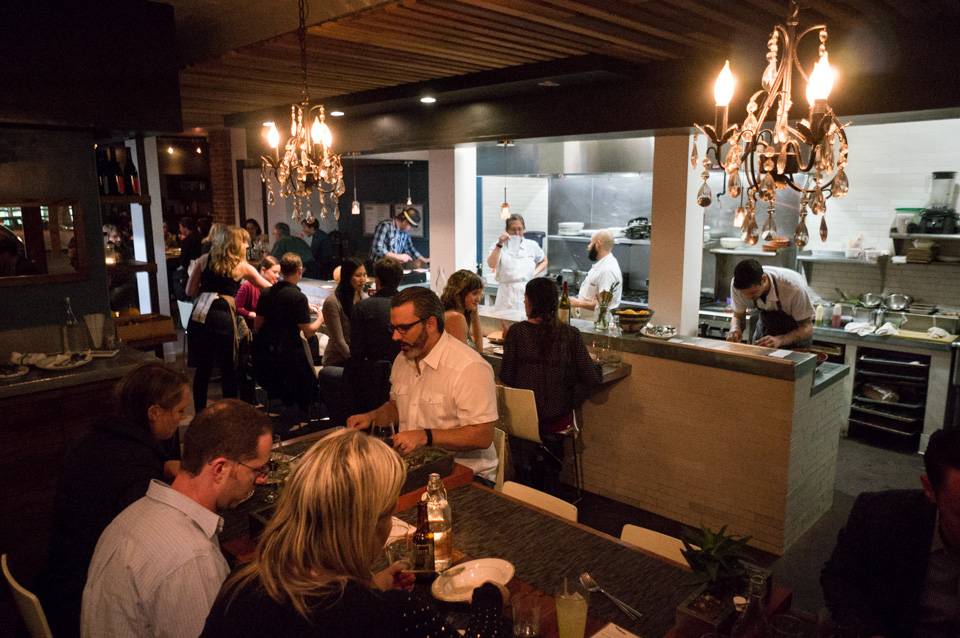 We had a reservation, but they weren't quite ready for us when we arrived, so they set us up at a standing counter, and brought us some wine menus.  They were very apologetic, but in fact the wait was quite short. 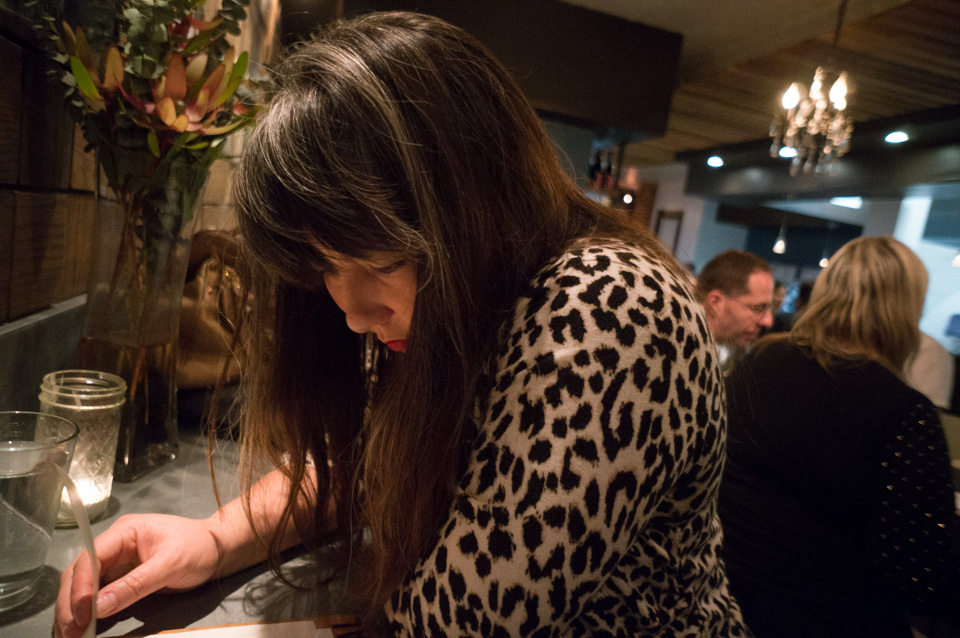 We sat at the chef's counter, which we always enjoy.  The view into the kitchen is interesting, plus we like sitting next to each other.  One of the cooks was a woman, which is always nice to see in a profession which is still largely male-dominated. 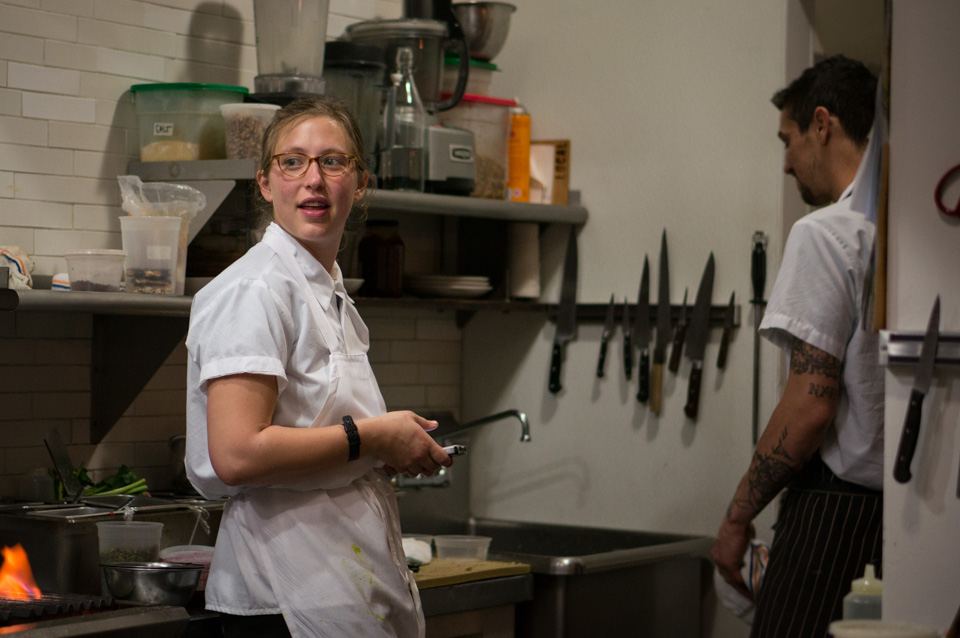 Most of the dishes are small plates, and even the larger entrees can be ordered in half portions.  We love this sort of dining, because we get to sample more things.  We had the Crispy Green Garlic Fritters, a cauliflower dish, potato gnocchi, and trout.  Everything was fresh and wonderful and delicious. 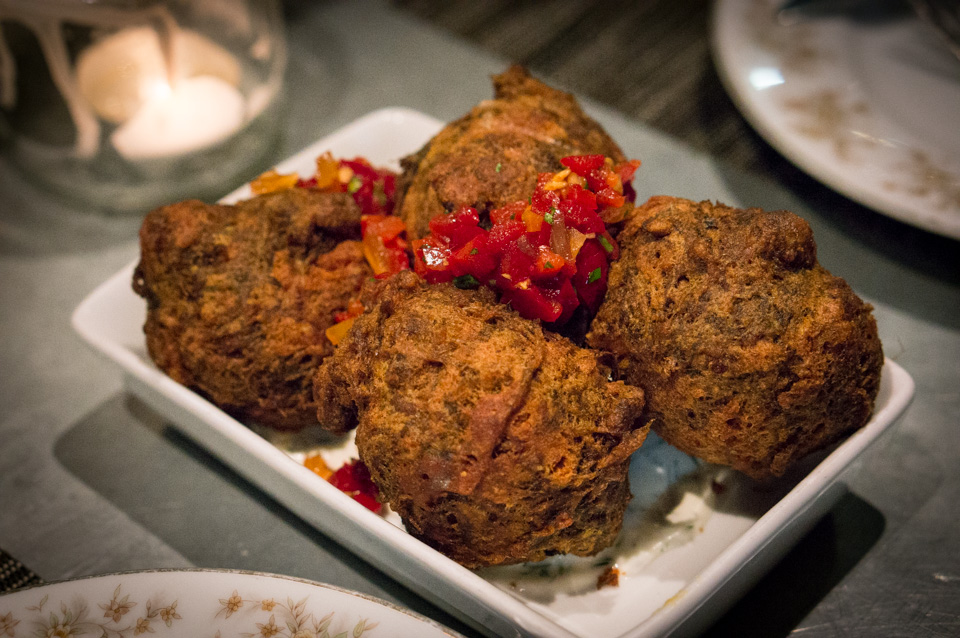 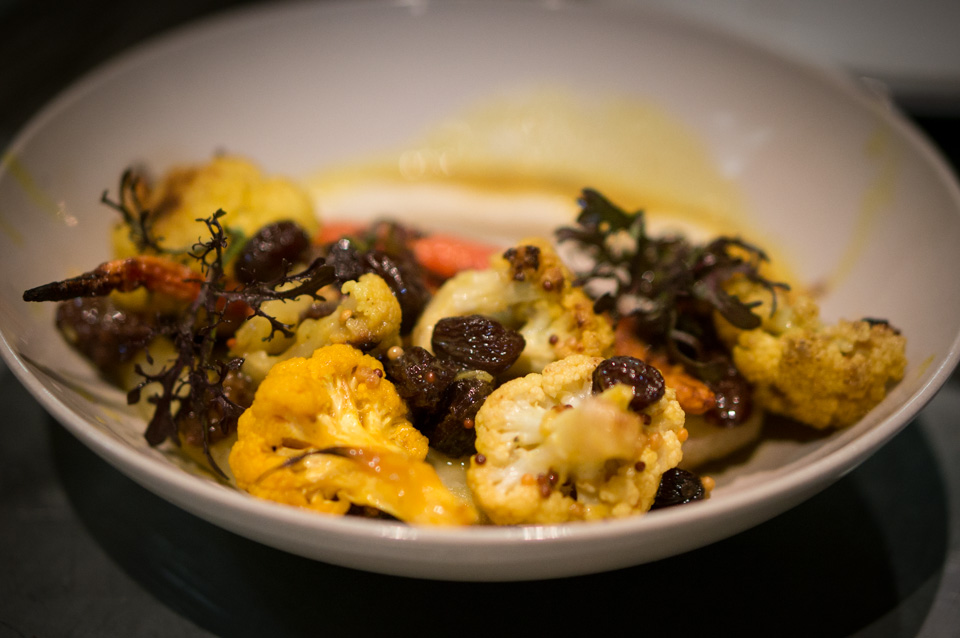 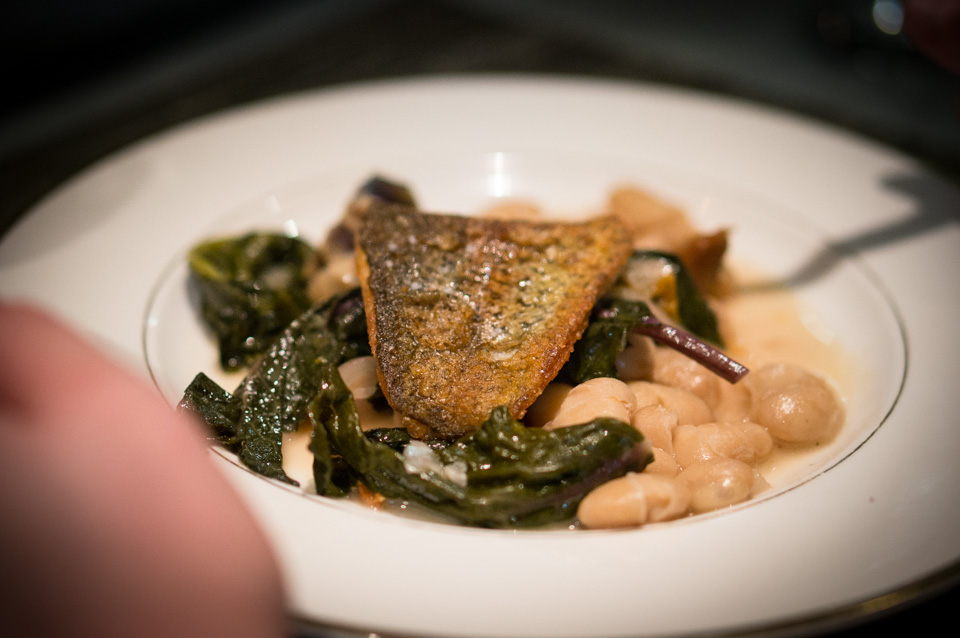 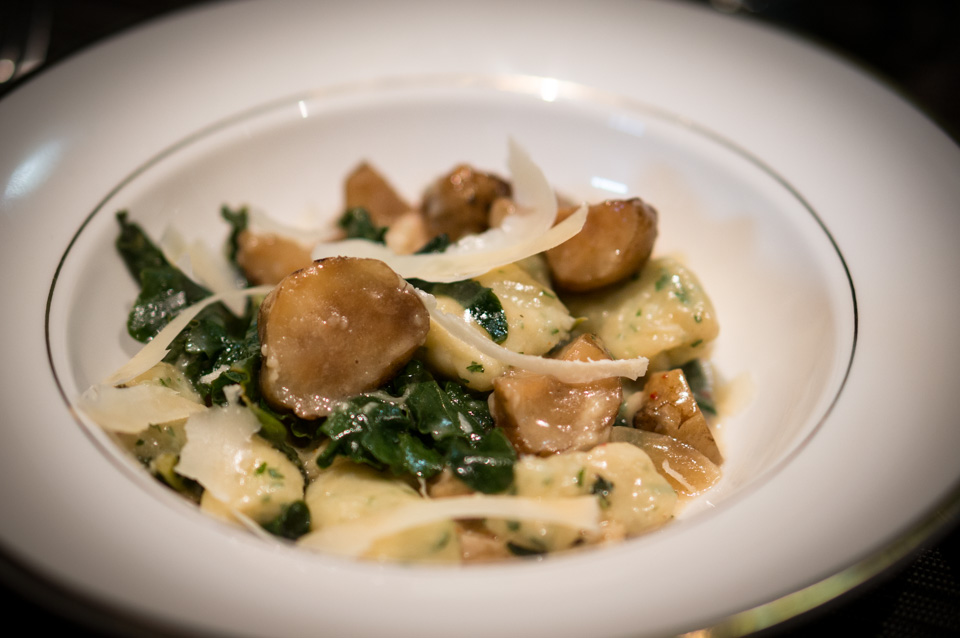 Nalani and I each had two glasses of wine.  Each time we ordered the wine we had some trouble deciding and asked for recommendations.  Instead of just making suggestions or offering verbal descriptions, they poured us a taste of each of the wines we were considering, which I thought was really nice.  The second time we were ordering, our server said, "Please tell me you want the charbono."  I laughed and said no thank you, I'd only had a charbono once, and I really didn't like it.  He said he'd bring us a pour of the two wines we were interested in, plus the charbono, and he wouldn't tell us which was which.  They were all better than the charbono I'd had previously, but there was one I didn't like much, and I pointed it out.  Our server laughed and shrugged and said, "Yup, that's the charbono."

When they brought us our check they'd accidentally left off two of the glasses of wine that we'd ordered.  I pointed this out, and they said, "Thank you for your integrity" and then charged us for only one of the two glasses.  Cheers to that. 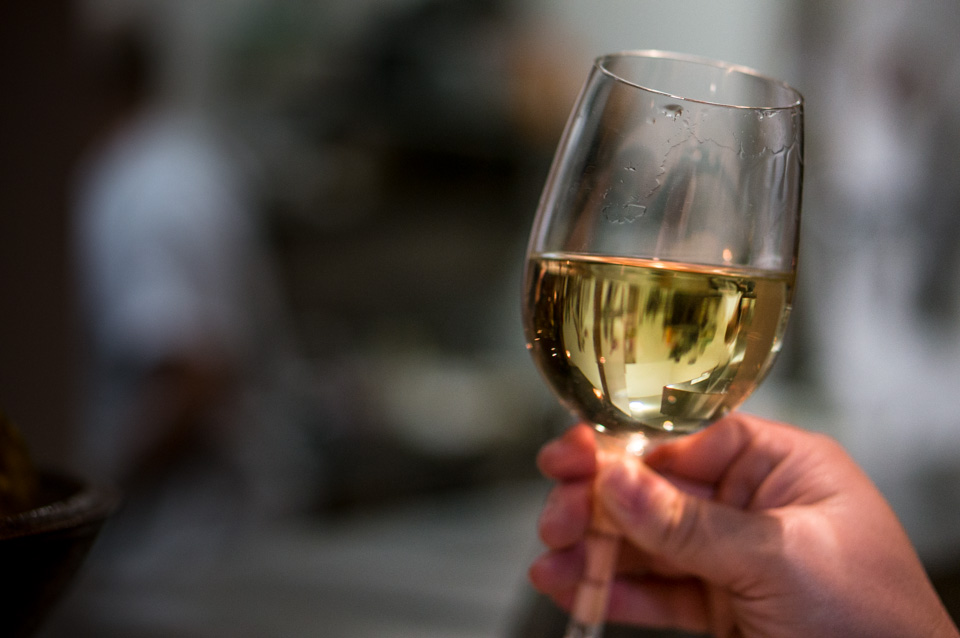 
Absolutely.  Definitely.  We had a great time here, and we thought the food was great, and it's close to us, and it's not over-the-top expensive.  We'll be back.

Posted by Benjamin Warde at 9:37 PM