We had a friend in from out of town, so we were looking for somewhere especially nice in our neighborhood.  The Heirloom Café is on Folsom at the corner of 21st.  This is a spot that I have driven and walked past approximately a million times, and I've never noticed the Heirloom Café.  From the outside, they're under the radar, with curtains hiding the view inside, and nothing but some very discreet lettering in one window. 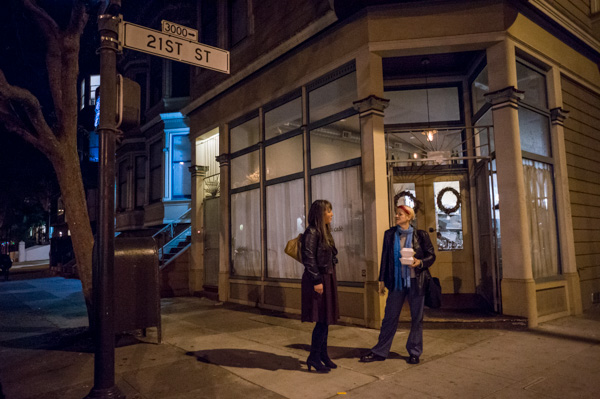 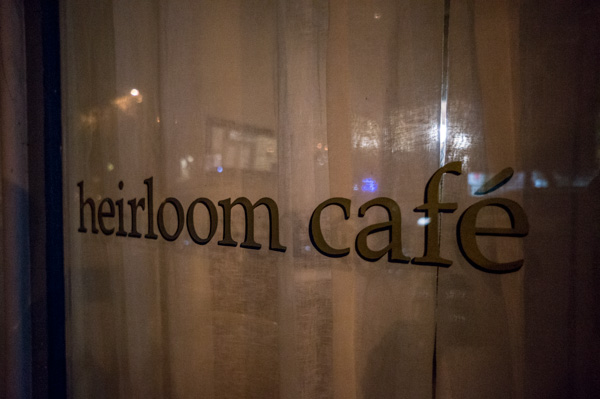 Short version: it's good, it's expensive.  It might not be entirely fair to call it out as expensive, since what really made it more expensive than other similar places is that we got a lot more wine than we usually do.  But the restaurant is especially known for its wine, and they offer excellent pairings, so if you're not going to get the wine, why go? 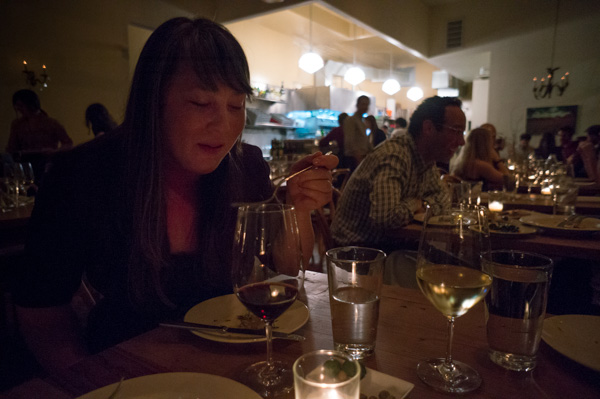 It was everything you'd expect: great food, great friendly, attentive, but unobtrusive service, nice semi-fancy, semi-rustic atmosphere.  Dark, though.  I like mood lighting as much as the next guy, but I also like to get at least a glimpse of my food.  And the wine was great.  It's always eye-opening for me to have wine well paired with food.  Nalani ordered a 2005 Rioja when we sat down, and we thought it was OK.  Later in the meal, the same wine came paired with my entree (braised pork, polenta, maple-glazed delicata squash, orange-pecan gremolata) and it was 10 times better.  And with dessert we had a 2011 Jurançon Uroulat that Nalani is still fantasizing about.


I think only if we were in the mood to have someone hand-hold us through some excellent wines that can't be easily had other places.  Otherwise, for the money, we'd go to Blue Plate or Serpentine.